The Alabama Music Hall of Fame will reveal its latest display dedicated to Alabama’s hip hop Achievers on August 28th. As part of the event, a number of North Alabama hip hop artists, including Codie G and GMANE, will participate in a Q & A hosted by Fletch of local radio station KIX96. The event will begin at 2:00 p.m. The display’s intended purpose is to make visitors aware of hip hop’s place in Alabama, and highlight different Achievers from around the state, and includes pioneers, artists, producers, entrepreneurs, and ambassadors of the genre. “This showcase is a good introduction to people about Alabama’s hip hop talent. The genre has been around for decades now, and there’s a lot more here than people realize,” said Dixie Griffin, director. In addition to biographical information about the state’s achievers, there’s also an assortment of items that show off some of the work and collaborations done by Alabama artists. “The Huntsville and Florence Hip Hop scene has been extremely proactive with this project. I think all the credit is due to them, specifically Codie G and GMane. We’ve tried to fit as much as we can into this space,” said John Moseley, curator. This will be a permanent display, and will be viewable with normal admission to the museum. For more information, contact the Alabama Music Hall of Fame at (256) 381-4417 / (404) 913-2775

Daddy Out Here Gettin’ It 4 U

Harder Than Most (Prod By Cano Cain) ft Xay Capisce

My Grind Playin Tricks On Me Prod By Cano Cain Classic

10 On The Track ft Brutis Prod By Cano Cain Classic

I Got Love ft Glennwood Urbz

Over 20 years of music! Hundreds of songs are lost in the vault and will be curated and uploaded documenting a diversified discography of dope music. For production and more info 404.913.2775 or email at MyOfficeInTheStreets@gmail.com 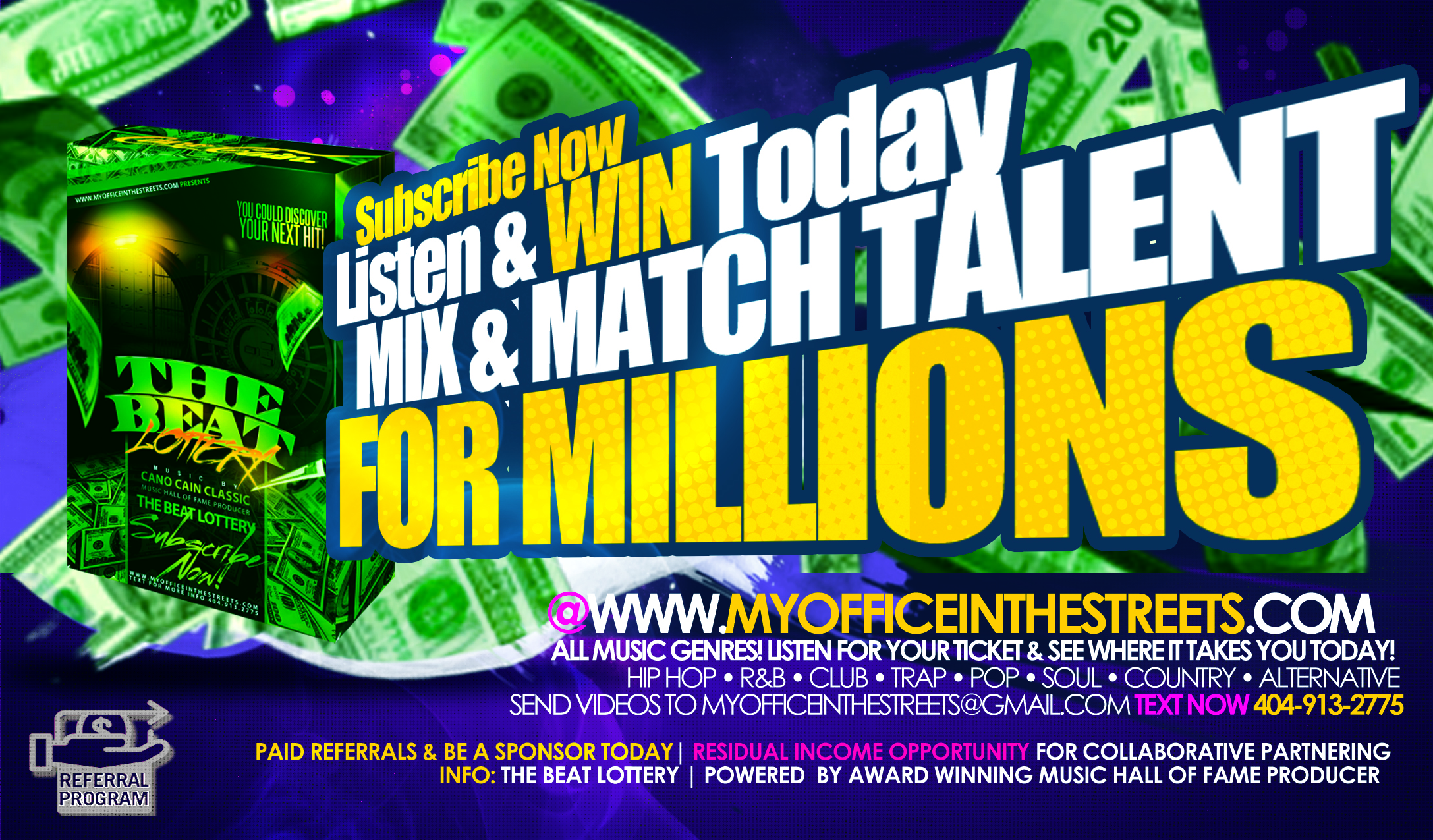